This advice might be aimed at people who already consider themselves developers, but there’s a nugget in there that’s perfect for anyone who is interested in getting started…

Report an issue if you had one, even just requesting more information/instructions or pointing out what was unclear.

Better yet, fork clone the repository…

Add to the readme. Build out some documentation. Correct a typeo.

Refactor a single function, add comment blocks in the code, standardize code formatting… or if you’re up for it, add a new feature or fix a legitimate bug.

Then submit a pull request.

Communicate with other developers to defend your Pull Request.  Sometimes they go in and sometimes they don’t, but it’s still great experience and your contributions remain available on your repo (and forks do get seen/used).

If this sounds foreign… don’t be intimidated – it isn’t hard.

Do it three times and you’ll be totally comfortable.

Do it thirty times and you’ll be a much better developer, you will have helped the community at large, and things you use will be improved.  Stick with it and your contributions will be noticed by other developers.  Also there is a public history of your contributions which can only help when it comes time to apply for the next job. 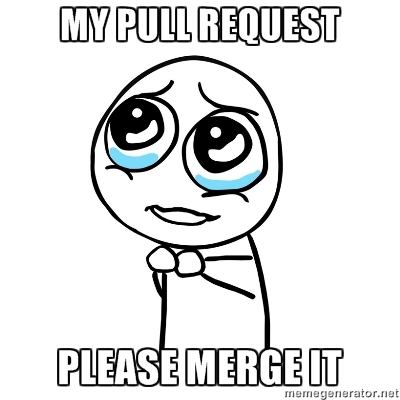 If you are interested in being a better programmer, I’d like to help. I too am always trying to improve and learn new things.

We’re in it together

Playing with Elixir is just FUN

I’ve been using Elixir for a few weeks now, sometimes forcing it to play nice with Mongodb/Meteor , which it doesn’t really want to do. Sometimes with Posgres (which it loves). Sometimes just plain ole’ Elixir with no persistance.

It is realllllly fun!

Meteor and Elixir (part one) A Rocky Courtship

I have been watching Elixir for almost 2 years now, and debating if it’s mature enough for me to invest in.

Obviously Erlang is super-mature, and Elixir is quite stable, but it’s a question of “is the community mature enough yet?”

Since I’m now writing this, I believe it is “ready”, and I’m beginning a journey to build out some services in Elixir to stand up next to existing node services (meteorjs) and slow move funcitonality over to to Elixir.

Chapter One: Proof of Concept, Mongo is supposed to be Simple.

I have been playing with Meteor 1.5 and it’s dynamic imports, which can be used to reduce the amount of javascript code sent to the browser.

Which will make meteor load faster for your users.

May 5, 2017
Why… oh why… why did I wait so long? I’ve been talking about switching to a static site generator for years, since jekyllrb started gaining popularity. I understood the benefits, but I had no compelling reason to switch… (sort of how I resisted git for a few years because svn worked well enough) But who wants a WordPress site? Well, ok, maybe you are using 12 plugins and doing fancy stuff.

Meteor 0.9.2-rc1 is fun to play with, Cordova support functional

Sep 9, 2014
Last night I started playing with `meteor –release 0.9.2-rc1` which you can read about and play with too; check it out here: https://meteor.hackpad.com/Getting-Started-With-Cordova-Z5n6zkVB1xq It’s wonderful! The local development and hot-code-push is a great improvement over any other solution I’ve been using. Builds were painless (mostly). Most of my stumbling points were due to 9x, not the new Cordova stuff. A few interesting details… Cordova gets built here: $ ll -a .

Aug 8, 2013
UPDATE: see meteor-core-cordova-support-alpha-release-is-out (2014-08-25) for new information   About Meteor and PhoneGap / Cordova Meteor is a rapid server/client development framework, written in JS – makes very interactive apps easy to build. http://meteor.com PhoneGap / Cordova is a project to allow developers to use HTML, CSS, and JS to build mobile apps for all major devices. http://phonegap.com Basics of Integrating Meteor + PhoneGap / Cordova The basic idea here is to use PhoneGap / Cordova to create a mobile App on several different platforms at once and it gives device hardware access; then “load” your Meteor application, which handles all of the rest of whatever you want your app to do.